A MERP, a Decipher The Lord of the Rings és a Cubicle7 The One Ring (original 1. kiadás a 2 könyvvel) már a polcon ül 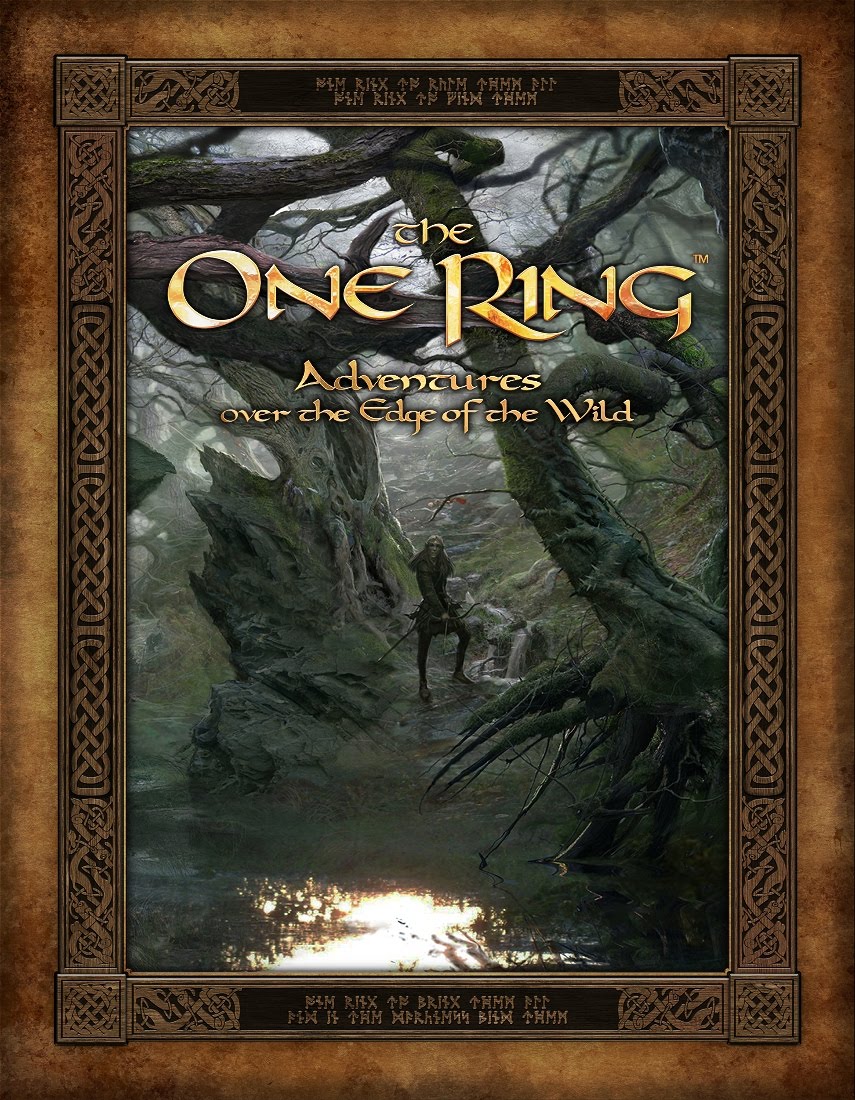 Előkészületben:
The One Ring - második kiadás.

Second edition represents an evolution of the rules first published in The One Ring back in 2011. The second edition of The One Ring has incorporated years of feedback from our incredible community, and builds on the strength of first edition to present the foremost system for adventuring in Middle-earth. There are a number of ‘quality of life’ changes, but some of the most key are described below.

A quick one to begin: the Body Attribute is now called Strength.

The first big change most players will notice is how Target Numbers work. Target Numbers (TN) are used to determine the difficulty of a task. Previously the Loremaster would set the TN of a test, with players rolling to try to meet or exceed it. Now, the TN is determined by a Player-heroes Attribute score, with the Loremaster modifying the difficulty based on the situation at hand.

This change adds a step to character generation, but it brings a new relevance to Attribute scores, speeds up play a lot and makes things a bit easier for the Loremaster!

Players now have six Callings to choose from during character creation: Scholar, Slayer, Treasure Hunter, Wanderer, Warden, and the newest Calling: Captain. A version of the Captain first appeared in the Adventurer’s Companion in the form of the Leader. It has undergone some changes since then and now represents one of the core Callings for players to choose form.

Callings were a part of first edition that players really enjoyed. With second edition, Callings have been expanded on to have a greater impact on your Player-hero. Callings still grant a Favoured Skill and Speciality, and determine a heroes Shadow Path (previously their Shadow Weakness), but they now also provide roleplaying guidance and motivation for adventuring in the form of the heroes Aspiration and Weakness.

Every hero is motivated by an urge to go adventuring that may alternately help or hinder them. Aspiration represents a positive aspect of this motivation that can provide inspiration and encouragement, and the Weakness is the negative aspect, representing the way that the Shadow may choose to pervert your ambitions. The Loremaster may award you with a Hope point if your actions are judged to be in pursuit of your Aspiration, and may conversely aggravate your Shadow gain if you are exposed to your Weakness.

Player-heroes also now have a Hope Bonus. This determines the bonus added to the result of your roll when you spend Hope. This means that if a character had a Hope Bonus of 5 and spent a Hope point on a failed test, they would add +5 to the result. Your Hope Bonus can be affected if you accrue permanent Shadow Points.

As mentioned above, each Calling has an Aspiration that drives them to adventure and to commit great deeds. But there is a flip side to this drive – the heroes Weakness. A Weakness represents the negative side of a hero’s Aspiration – a Treasure Hunter may long to discover long lost artefacts, but this drive can easily become greed as the hero begins to covet the ancient relics they find. The Loremaster will use a hero’s weakness as a source of temptation, challenging them to resist the lure of the Shadow. If the hero fails a Corruption test relating to their Weakness, they gain 2 Shadow points instead of the usual 1. Should they accrue enough Shadow points, they will take their first step on their Shadow Path – a sure road to ruin.

A hero’s Shadow Path (what was known as a Shadow Weakness in first edition) represents how they become twisted by the evil forces in the world. Each Calling is affected differently — a Scholar is tempted by the Lure of Secrets, a Slayer is burdened with the Curse of Vengeance, and so on. There are four Flaws associated with your Shadow Path. Should you accumulate all four, you are lost and succumb entirely to the Shadow.

Journeys have been altered to reduce the amount of rolls that players are required to make, while also maintaining the feel of venturing across the lands of Middle-earth. Journeys now have the following sequence

The major change to first edition is the introduction of Journey Events. Journey Events include a number of elements that players of first edition will be familiar with. The Loremaster will roll on the Journey Events table for every 3 days of travel based on the lands you are travelling through. Depending on the roll, these events can represent added fatigue, short-cuts, hazards, delays, or even getting lost.

Players now calculate Fatigue at the end of a Journey based on the distance they have travelled, the lands they journeyed through, the season, and any events that took place.

First edition Encounters are now known as Councils. The rules for Councils are intended only to be used in circumstances of great import, when meeting in a formal setting with the great and the wise of Middle-earth. For everyday interactions with regular folk, players and the Loremaster should really on roleplaying and the use of Skills.

As with first edition, the stance you choose in combat determines the difficulty of your attack as well as the action you can take (now called Combat Tasks). As well as this, certain stances (such as Forward Stance and Open Stance) grant bonus dice when you make an attack, encouraging heroes to be aggressive when needed.

Combat Tasks has also been revised to take advantage of some of the new changes to the rules. Tasks such as Rally Comrades now grant your allies additional dice when attacking, instead of regaining Endurance as in first edition.

The combat section now also includes rules for fighting on horseback — crucial for any Riders of Rohan in your Company!

The rules for horses, boats, sea journeys, and magical treasures which appeared in previous supplements are now included in the core rules.

As well as the changes and additions listed above, a number of smaller “quality of life” changes have been made. Most of these are associated with game balance, such as modifying cultural backgrounds, amending Virtues and Rewards, and tweaking Specialities, Traits, Standing and other aspects of the game.

The final major change with second edition is the advancing of the Tale of Years up to the year 2965. This brings players further into the Twilight of the Third Age and closer to the events of the War of the Ring. It has been almost 25 years since the defeat of Smaug the Terrible and the hope that came with the death of the Dragon has dwindled. A Shadow grows in the East and the Dark Lord’s forces are mustering their strength.

Much of first edition was spent exploring Eriador, Wilderland, and parts of Rohan. With second edition, the focus of the game is moving further south, to explore Gondor and the lands of the Steward and beyond. Players will get to participate in key events leading up to the War of the Ring and meet some of the people who will shape the future of Middle-earth.